This mod provides a block way to cut, paste, fill or delete regions

This mod is named edit, permits to a player, manage regions by the usage of blocks to mark ones. It provides functionalities of cut, copy, paste and delete, but using always special blocks to mark the dessired area.

This mod was inspired by the Fill Start and Fill End blocks in Manic Digger. 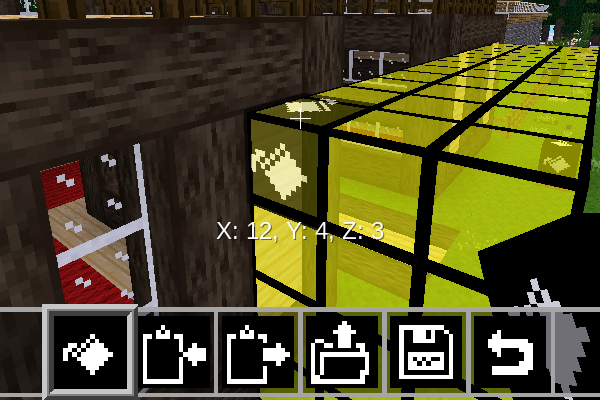 This source provides mod named edit, a block way to cut, paste, fill or delete regions by the usage of special blocks.

The usage is by the mark of areas beetween two blocks, player must have the special blocks, must mark an area using two paired blocks of the same type, later can operate that area:

The Paste Block is used for pasting a 3D area copied by the Copy Block. When a Paste Block is placed the copied area is pasted relative to the position of the first placed Copy Block when it was copied.

Fill Blocks are used to fill a 3D area with a certain block. You can do so by first selecting an area by surrounding it with two fill blocks. Fill Blocks work differently when surrounding an area in that the area selected includes the position of the Fill Blocks themselves as show in figure 2.