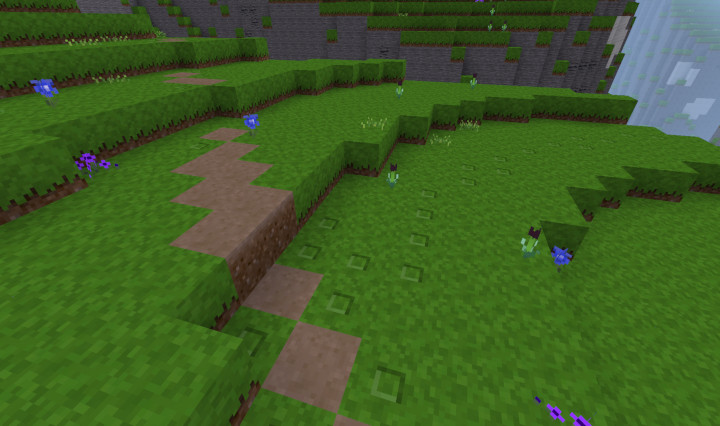 This mod makes soil and soil-like nodes capable of holding temporary "footprint" impressions, and if they're walked on repeatedly turning into hard-packed trails.

It also allows players to flatten plants by walking on them.

It includes definitions for footprint-capable nodes in the "default" mod, and has an API for allowing nodes in other mods to use the same system.

New trampled nodes can be registered with this API:

Note that all of the parameters in trample_def have default values, so if you want you can just pass in nil and the footprints mod will create a footstep-marked version of the node and set it all up for you with no further information needed. "footprints.register_trample_node("modname:dirt")" will work.

Eroding hardpack back to soil over time

If you've defined a hard_pack_node and want to have it able to erode back to base soil, you can use this callback to manually add it to the erosion system:

Note that the source_node should be in group footprints_erodes or an error will be thrown.

Using a hoe to convert hardpack back to soil

If you've got the farming mod installed you can allow hardpack nodes to be restored back to soil using a hoe with the following function: